There are some tropes, or clichés that you can tell are going to happen before a movie ever really begins. Thus is the case with the 1968 Italian movie Kong Island.

I am going to say this right off the bat. This is one boring movie. Not so much that nothing happens in it, because stuff does happen. However it is so passé, that when its done you feel like you have seen anything really.
Let’s think of the checklist of 1960’s/1950’s jungle films:
Scanitly clad women? 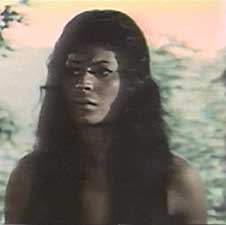 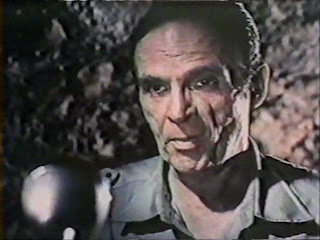 Check and Check
Plus since this is a late 60’s Italian film we have the obligatory “club” scene.
The plot concerns a group of scientists who have traveled to an island to put receptors into the brains of gorillas to use to create destructive war beasts to help them to…dare I say it, rule the world. Some scientists daughter gets captured, they encounter a savage woman on the island who also gets captured and after the brain receptors stop working the gorillas kill the most evil of the scientists.
That’s about it.
Actually, here is the truncated version of the movie:
There, you wasted 115 seconds, I wasted 84 minutes.
The movie stars Brad Harris who pretty much made his career out of being a shirtless man. Think of him as Gerard Butler but when steroids were not quite as frowned upon.
Seriously though, you can look through Harris’s filmography and know that he is going to be shirtless in the film just by the title:
Spartacus
Goliath Against the Giants
The Fury of Hercules
79 AD
It Happened in Athens
Mystery of the Red Jungle
King of Kong
Island of Lost Girls
Three Supermen in the Jungle
Zambo, King of the Jungle
Lady Dracula- Playing Der Kommissar (uh oh)
Probably best to skip this movie, its not even good for a cheesy laugh.
Posted by fahrmeier at 2:43 PM